Let’s TACO bout how to make lobster tacos. Tacos are everywhere you turn but the usual question is, chicken, beef, or pork? LobsterAnywhere says bring on the surf and fill the tortilla please! It’s out with the old and in with fresh shucked Maine lobster meat delivered right to your door!

Lobster rolls aren’t the only things that bring all of the summertime vibes. Tacos are the right answer 365, 7 days a week, any meal of the day, but there is something about seafood tacos that instantly puts you in that sunshine and summertime mood. Think beyond the fish tacos and shrimp tacos and shake things up with the ultimate king of the sea.

Before we dive into the endless possibilities for building the perfect lobster taco, take a crack at a little taco history. After all, the only thing better than a cold cerveza with a taco is the conversation to be had.

Tacos are synonymous with fun, happiness, and just plain tasty eats. Whether they’re feasted on during a certain day of the week or the star of a backyard fiesta, they always guarantee a good time. But when exactly was the taco invented?

The exact origin of the taco is left to the imagination, but it was most likely invented by the Mexican silver miners from the 18th century. “Taco” was referred to the little charges they would use to excavate the ore from the mines. The pieces of paper would wrap around gunpowder and be inserted into the holes they carved in the rock face, much like a taquito. Ancient Mexicans used freshly made, soft, flat corn tortillas and gave them with fillings like fish and cooked organs. As time went on, Mexican Americans in the Southwest reinvented it and businessman Glen Bell, mass-marketed it to Anglo palates via the crunchy Taco Bell shell.

As delicious and fun as tacos are to eat, the history and mystique around them is equally as fascinating. Wow your friends and family with some of these fun taco talking points as they nosh on lobster tacos. 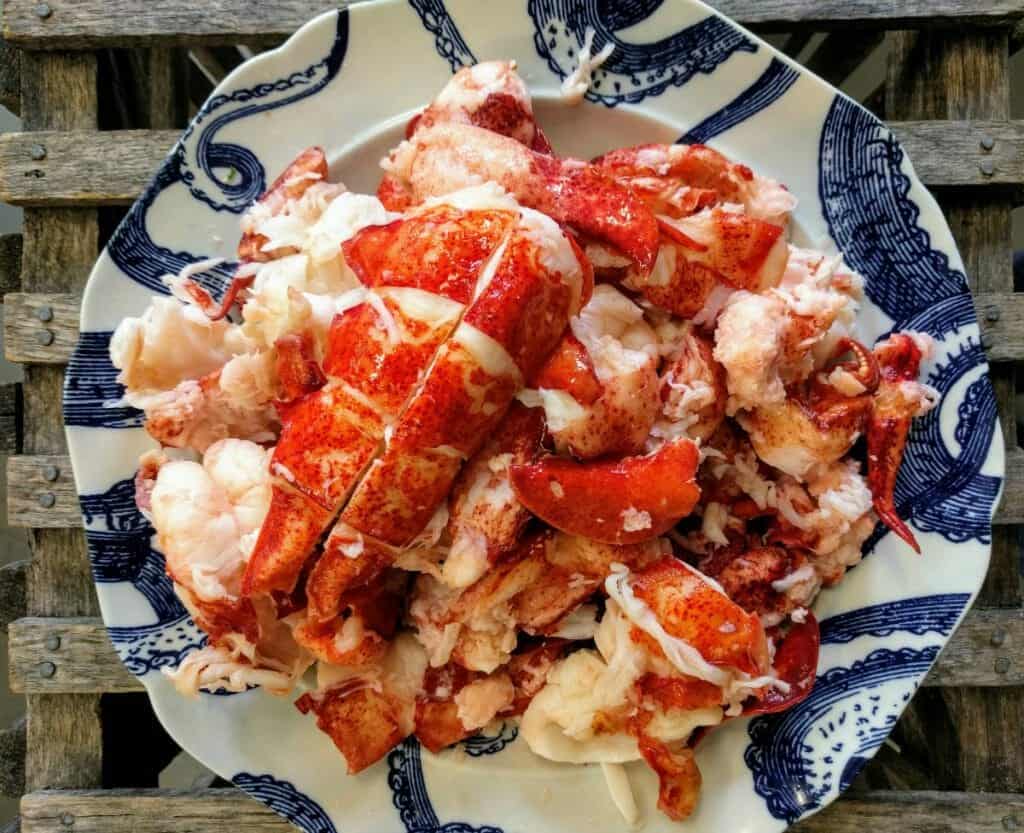 Whether you’re looking to shake up taco night or always dive into surf over turf, melding lobster and tacos is both a fun and elevated way to put a new twist on this handheld favorite. Tacos are a festive canvas to play with flavors, ingredients, and let your culinary creativity fly. It’s also a great way to take a luxurious ingredient and serve it up in an easy and accessible way.

When you start with the freshest dock to door lobster, you’re already setting yourself up for taco success. Beyond that all you have to do is think about your flavor profiles. Whether you’re infusing traditional flavors into your lobster tacos or letting the lobster itself guide you, we always recommend you think of both complimentary and contrasting ingredients, and also the textures.

The sweet, succulent meat of lobster can play off of other sweet ingredients such as corn or sugary sweet summer tomatoes. On the flip side, the bitter note of radishes can contrast the flavor of the lobster, both ingredients amplifying each other.

Besides complimentary and contrasting flavors, texture is a big part of what makes tacos the ultimate bite. Whether you’re picking a crunchy tostada shell or soft flour tortilla, the fillings you add also add to the experience. The creaminess of avocado adds a decadent silkiness. Vegetables such as jicama or cabbage bring that irresistible crunch.

When it comes to making lobster tacos, you don’t need a lot of ingredients for a spectacular creation. The lobster is already the star. These are just a few of our recommendations, but the beauty of the taco is their individuality and how customable they are.

How to Make Lobster Tacos

With just a few easy tips and suggestions, you will be on your way to throwing the ultimate seafood fiesta!

Now that we know taste buds are dancing the salsa over dreams of turning your kitchen into a lobster taquerias, the only thing left to do is to decide, lobster tails or the whole Triton of the sea? When you start with the freshest Grade-A, hard shell, cold water Maine lobster, shipped overnight, you know your next taco night will be something to tacobout.