Delivered faster than you can say Chebeague Island, Maine! Seafood Email Gift Certificates are available in denominations of $25-$1000.

You are viewing
Email Gift Card

Choose from TUE to SAT*

To get it delivered tomorrow

For each of this product

Want to send seafood as a gift real fast? Send a seafood gift certificate via email and let the recipient select their own lobster dinner.

Not sure what to get your lobster loving friends and family? Butter em’ Up! Send an E-card and let them choose what they love and the exact day of delivery. Heck treat yourself! This is an electronic gift card and no physical gift card will be mailed.

My friends received their ecard the day we sent it.....they loved it

It was a gift card and my parents received the email in a day or two. They have yet to use it.

We purchased a gift certificate from the lobsteranywhere.com site for our father's 70th birthday. He LOVES lobster and we knew live lobster delivered to his door will make his day special considering we could not be there in person. After researching I chose Lobster Anywhere based on reviews, articles and users comments on the user friendly website. :-). The day my father received the gift certificate he went on the site and ordered. We were a little surprised he chose lobster tails instead of live lobster and some chowder too. He received his order roughly 48 hours later and planned his feast. He and my mom repeatedly told us it was "the best lobster they had ever had! " "Easy instructions" and they had a dinner made for a king. So I can honestly recommend this company. It's always risky sending a gift from a company you have never used, but these folks did not disappoint. I know I cannot wait to try them personally. I will follow up with my own review then. 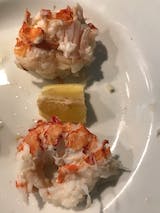 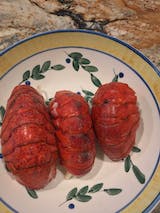 I have been purchasing from this Company for quite a few years! Great product and great customer service! Would recommend to everyone!