Do you know the different kinds of chowder? The story of clam chowder is very interesting. A group of French soldiers became shipwrecked off the coast of Maine.  As they trudged ashore carrying what meager provisions they could grab before the ship sank, they made camp on the shore.  They gathered some clams and threw them into a large pot they called a Chaudière.  They cooked the clams in water with the potatoes, crackers and pork that they had salvaged, and managed to create quite a tasty dish, which became the precursor for future “chowders” derived from the word Chaudière. 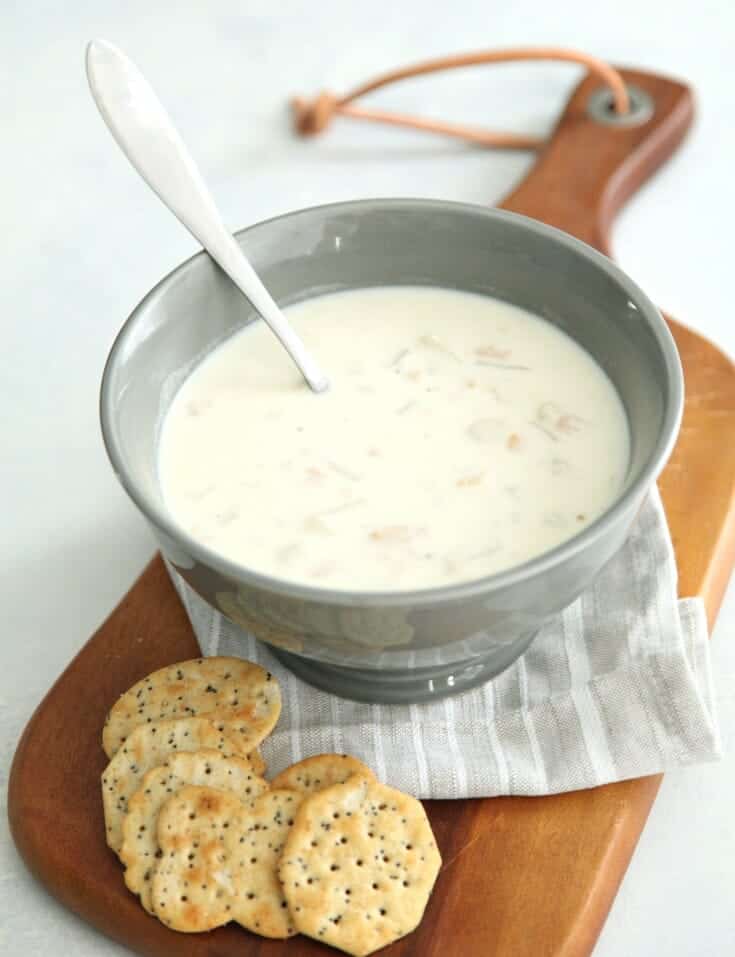 They are very serious about their Clam Chowder in New England, especially Maine!  The traditional recipe for New England style Clam Chowder includes chopped clams, potatoes, onions and salt pork in a milk or cream based broth.  Some New England states like Rhode Island and New York add tomatoes, but people of Maine are so incensed by this barbaric act, they actually passed a bill through legislature in 1939 making the act of adding tomatoes to New England Clam Chowder illegal!

Another clam chowder style, called Manhattan or New York uses tomatoes in a clear broth base, but what the law was intended for, was to keep the milk/cream based clam chowder from being contaminated by tomatoes.  States like Maine and Massachusetts have a great tourist trade based on their spectacular Clam Chowders served in restaurants.

New England clam chowder is a wonderful dish not only for seafood lovers but vegetarians and people abstaining from meat.  A serving of New England clam chowder made with 2% milk has 154 calories, 0 Tran’s fats, 8 grams of protein and 1 gram of fiber.  Additional benefits of this tasty soup are that it serves up vitamins A (6%), C (9%), 17% of daily requirement for Calcium and a whopping 17% of the daily need for iron.

Are you a Chowda Head?

Learn more about who invented clam chowder and its storied history. Order some real good chowder from LobsterAnywhere.com

We are open. ⚓Shipping Coast-to-Coast Since 1999